YOU ARE LOVED. YOU ARE POWERFUL. JOIN US.

From that time I took a chance on an international 10k

HOW DID THAT HAPPEN?

A few weeks ago, the family and I had a chance to visit Berlin to cheer on my father’s horse in Deutschlands Traber-Derby, the biggest trotter race of the year in Germany. We knew for a few months that he had two horses, one a mare and one a colt, that had a shot at the big trophy, but of course they had to make it through a series of qualifying races and events before we would know for sure. Once we knew that Velten Von Flavo (spoiler alert: the WINNER) and Velten Isabelle (sadly, a Did Not Start. We all have those days) would be behind that starting vehicle, the flights were booked and the bags were packed.

Like all family vacations around here, that meant I had just one more bit of information to find: what kinds of human endurance races might be held in the area while we are there? Everyone checks this out, right?

Answer: The Adidas Runners City Night 10k right in the heart of Berlin.

It was perfect! The start and finish were just blocks away from our resort, The Sheraton Berlin Grand Hotel Esplanade. I checked in with another runner that I knew would also join us for the equestrian actives, and she was ready to run. In fact, once I bought up the idea and then backed away, it was her persistence that brought my feet to the packet pickup. Thanks, Friend. So there it was: I had the idea, found an accountability partner, and now it was time to race!

I don’t know if it is the big-city scoop or because it is held in overseas, but the organization of City Night Berlin was very different. I don’t say that in a negative way, just different.

Since I had not yet registered, I knew I was going to need to sign-up at the expo. Since this is an Adidas sponsored event, it should come as no surprise that they home base was in an actual Adidas store. Of course, this was no local corner running supplier.

Much of the energy for this entire experience stems from the fact that it is held on the Kurfurstendamm, known as the Ku-Damm for short. This historic boulevard that began as a 16th century bridle path is now home to high fashion, delectable restaurants, glitzy hotels, and apartments for the “In” crowd. Like almost everything in Berlin, its story is complicated. Students of history might recognize the name as the site of the Reichskristallnacht in 1938, where Jewish businesses were attacked. It runs just alongside the KaDeWe, a gigantic department store unlike any I have ever seen. It’s existence grew from a need to demonstrate to the communist East Germans how simply marvelous is must be to live in the west, where high fashion, shopping, and elegant society are parts of life. Kaiser-Wilhelm Gedachtniskirche, a church bombed in WWII sits at one end, unprepared, as a reminder of the devastation of war.

We foolishly decided to drive over to the Ku-Damm to register and pick up race materials for my shot at City Night Berlin. Of course, we hadn’t considered that parking would be a complete mess. Since it was only hours before the start of the race, barriers were erected all along the street. What we laughingly call s**t city, the row of porta-potties found near the corrals of any race, had already been established.

I entered the sprawling two story running store. The music was pumping. People where EVERYWHERE!

I’ll tell you what, I had been pretty nervous until this point in the morning. I never saw on any race information what kind of time limit might have been placed on the 10k. What if I was reporting to run a race that was only for elites? I certainly didn’t see anyone around me who looked like he or she might be gunning for the middle of the pack. You know, except when I caught a glimpse in the ol’mirror! So I stepped up and asked.

There was a three hour time limit for the City Night Berlin 10k. EXCELLENT. Sign me up!

It took about 5 minutes to fill out one form, pay my €27, and receive my bib, timing chip and reusable tote bag with local coupons.

And guys…that was IT. I suppose I could have had a look around the store. They were offering the option to purchase a pretty slick looking branded tank top for the event. At a whopping €44.95 for a race shirt, I opted to pass.

We walked outside, grabbed a wurst from a little kiosk, headed back to the car, and drove off to the other side of the city for an exciting day of horse racing.

As the races wrapped up for the day and the trotter track was preparing for their annual yearling auction, Matt, the girls, my running friend, and I piled into two cabs for a harrowing ride back to the hotel. The rest of the crew was sticking around to see watch the auction excitement.

NOTE: If you think a cab ride in New York City will get you praying, you haven’t been to Berlin! I found all traffic rules to be a little lax here in general. Once in a taxi, it’s really a hold-on-tight-and-pray kind of life-flashing-before-your-eyes experience.

As I tend to do, we cut the timing pretty close. I changed my clothes as quickly as I possibly could, tried to remember how to pin a bib on straight (I haven’t pinned a bib in ages. My water belt has little holders or I use my RaceDots. I had neither of these with me) and sped back down to the lobby. Any interest in watching me race a distance that doesn’t scare me is long gone for my family, so Matt and the girls were planning to hit up the pool for a bit.

In the lobby, my running friend and I grabbed a sip of water, took a picture, and took off for our short run to the start line of Adidas Runners City Night Berlin.

It. Was. Beautiful! The Sun was just sinking down the horizon. There were runners of all paces coming in small groups from all directions. Of course they were in addition to the regular crowds on Berlin’s busy city streets on a Saturday night and all of the regular traffic. You could tell something exciting was happening. I GOT TO BE PART OF IT!

We made it to the start with about thirty minutes before the gun. Runners had completely taken over a plaza in one of the busiest parts of this giant city. It was loud. It was chaotic. There were spectators three and four deep along the metal stanchions separating runners from the crowds. This was clearly going to be a very well supported run.

We hopped in corral C. My friend was assigned this start position since she registered in advance. My race day registration meant no corral assignment. The volunteer stationed at the corral assignment took a peek at hers and allowed us both through. No, I don’t normally condone corral-hopping. We took a start selfie, agreed to run separately, and waited for the start announcement.

Then we were off!

I’m just going to come right out and say it: Adidas Runners City Night Berlin is one of the best courses I’ve ever run. Because you essentially run the same road three times, almost the entire course is completely lined with spectators. For a 10k, this was incredible! Since it’s right in the heart of such a big city, there was always something to see. Also, it’s pancake flat. Since it is run at night and has a complete party atmosphere, the stage is totally set for a PR at this one.

I also want to point out that there water stations were amazing! Instead of the ubiquitous and wasteful wax coated paper cups that you see flung all over the streets at most American road races, they distributed water in blue, re-usable, water cups that were more like small hydration bladders from a pack. Participants were to grab a cup, down it, and then toss it into a giant trunk meant to collect the cups for cleaning and use again. I don’t exactly know how the wash them, but I’m choosing to believe it’s completely hygienic.

Even has a final third finisher, the crowds were still roaring at the finish. They really set up a beautiful space with bright lights, an energetic announcer, and plenty of spectator viewing areas. This could really be a special place to run “Home” either for a first timer or anyone with a reach goal that requires all the elements: great temperature, strong crowd support, and a course that is pancake flat.

My only word of caution is that just beyond the finisher arch, traffic comes to a complete halt. There is a crush for the medal table. Yes, table. Instead of having volunteers in the middle of the chute like in every other race I’ve ever participated, all runners have to make their way to the right of the chute to take a medal from the table. That was a little strange.

Then the wait began for water bottles, almond and coconut milk, and non-alcoholic beer for finishers. Honestly, it was so packed here in this city that had experienced so much trauma, even in the last few years, that I needed out. I found an opening in the barriers and slipped out. I didn’t want any of the post-race food items more than I wanted breathing room and an escape route.

Thankfully, I saw several runners sitting on the ground and adjusting their shoe laces or I definitely would have forgotten to remove and return my timing chip! I plopped that sucker in the bucket, met back up with my friend (who had SMOKED her race and achieved a BIG PR,) and we walked the few minutes back “Home” to the hotel.

I recommend this race highly! I can’t honestly think of a single reason not to run it. If you find yourself in this beautiful city at the end of the summer, definitely see if you can get in on the action.

Running a road race overseas was a new experience for me. If you are interested in trying new things or being brave with your life in whatever ways could bring you joy, tell us about it in the comments or join us in our Finding Finish Lines Facebook group! We would love to meet you and cheer you on!

Previous Post: « Trying Again When the First Time is a Flop
Next Post: Finding Confidence in Stretchy Clothes »

I'm an average athlete, wife, mom, & friend with zero natural athletic ability and a passion for endurance racing. I believe that anything is possible for a brave woman who just decides to try. Stick around! We might just convince you to chase your running, triathlon, & big life goals. I'd love to hear from you!

INSPIRATION IN YOUR INBOX

Uplevel your email. It's time for a boost!

“We are a participant in the Amazon Services LLC Associates Program, an affiliate advertising program designed to provide a means for us to earn fees by linking to Amazon.com and affiliated sites.” 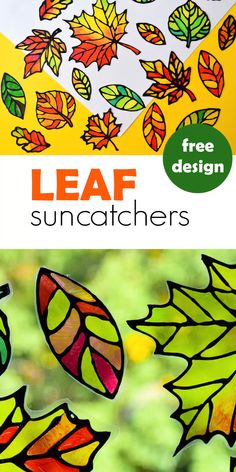 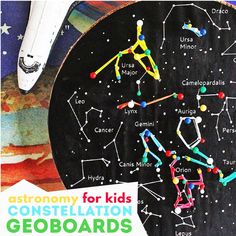 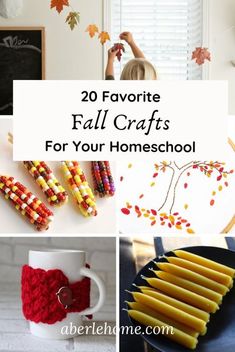 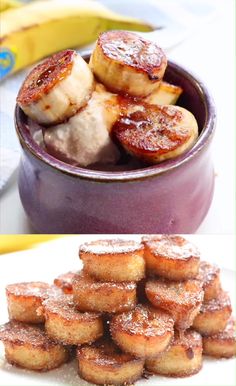 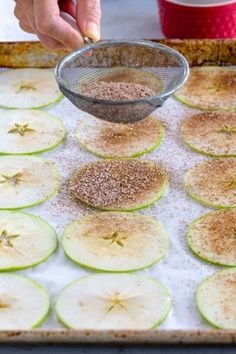 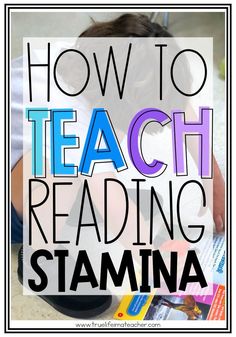 Starting again. How many times have you had to st

Empty lane. Workout stuck to a kickboard. One hour

TODAY IS THE DAY! 10am Eastern time. Be on and rea

Finished off the weekend by ending my three hour r

Follow Me!
This error message is only visible to WordPress admins